Showing posts from March, 2017
Show All

The Man Who Killed His Conscience 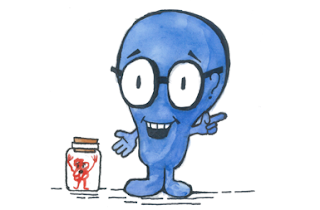 There once was a man, who, tired and downtrodden by his Conscience waiting for him when he got home, hatched a plan to kill it. He was not a bad man, but after years of coming in to round after round of questioning over his actions and decisions, decided his Conscience was not something he wanted. One day, just when his Conscience was in full swing and distracted, berating him over an insignificance earlier in the day, the man put both hands around its’ neck and choked the words and air from its’ throat.
Post a Comment
Read more