Showing posts from May, 2019
Show All

For other posts from the ED- take your pick I’m rather proud of my ability to find humour in things others are reviled by or at least uncomfortable with; it has certainly helped me throughout my time in hospital and beyond. In all of life’s ups and downs, seeing the funny in something can be the slither of hope. If I can still laugh, I can still live.  With that in mind, I bring you the tales of Barbara and an unnamed gentleman, both of whom I came across in my first twenty four hours in Bay 13. Stories I could twist any which way, but will try to find the funny in. While I hope Barbara (not her real name) and the man I describe are well now, I also hope my lottery ticket wins next week. My troubles felt as if they paled in significance with those of the poor souls who wandered or were escorted through the ED. It made me feel sane, then guilty for being that selfish. Every person has layers, levels, branches. Only it seemed the leaves were falling from many of these poor tree
Post a Comment
Read more 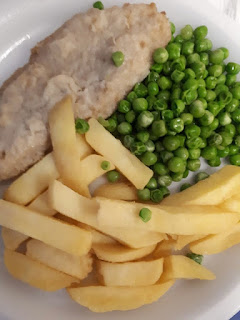 This isn't just food. This is NHS food. Subtitle: The Little Things for earlier posts, click here I'm told my The Bastard Noose posts are all a bit sad and depressing. Can't think why. Because I’m so desperate for affection I promised a lighter post, so I thought I'd run through the facilities in the Emergency Department. Obviously it isn't a hotel (at least, not until the building is inevitably sold off and restored as a “boutique resort” with ironic medically themed rooms and the birthing pools turned into jacuzzis), but I was there for eight days which is longer than I’ve stayed in most hotels. In the spirit of a happier tone on my part, here is a breakdown of the ED’s hospitality in case you ever have to spend a night or more(!) in a bay there. Or really in any hospital ever, for anything. Private hospitals don't count, obviously. They have a much nicer atmosphere which you are more likely to die in. The Room A room that isn't
Post a Comment
Read more

The Bastard Noose: The Public, the Private & the Internal

"It's a facade, and it's exhaustive" Eminem ( Walk on Water ) Intro / Admission / The ED I'm aware this is another one from the ED, and is a bit of a wandering piece- but my more concise draft got deleted accidentally (by me) and I wanted to post during Mental Health Awareness Week. The Bastard Noose's first section was always meant to be a series set in the ED, a long form story told piecemeal, with one revelation intended for later being that the ED wasn't a stop gap. It wasn't the brief transition between crisis and care. I spent eight, interminable, odd, yet at times very loved days in that booth. Trying to recover or remain or whatever the hell I was there to do while daily being told about the awful bed situation for mental care was taxing, I won't lie. Eight days. That was supposed to be a reveal in a few posts, but it didn't feel right to keep dragging it out. Once I'd told the ED part of my tale, plan was t
Post a Comment
Read more
More posts