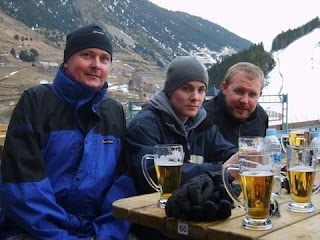 “Fill this with beer, and I will give you money”

Those words will forever be my reminder. I can't write a raised eyebrow. An arched, sardonic, eyebrow twisted to one side of the face, condensing the other to a slit. The wry look at you as the oculus expresses the hidden humour, the knowing joy behind the presented cynicism. The corner of the mouth twitches, unable to quite contain it.

Ok it turns out I can, roughly, but it's still not as good as he did it.

Five years ago my beloved, funny, rambunctious and as or more flawed than me, friend finally died after cancer weaved its wicked web of pain and misery through him. Through him and worse, back into the living. The insidious little shit that is cancer, like the bully it should be called, continued to create conflict when we thought the worst was done. Matt spiralled into the unknown in a way that was so banal it'll tear you open. A man of his charisma, his jollity, slowly, painfully and worst, robbed of his personality simply stopped being. He breathed his last at the rather wonderful Trinity Hospice. No better place to die, kids!

The finality of a thirty six year old man- who may or may not have been able to fight you all and win- but would probably have tried, telling jokes in the process, was apparently not enough for cancer.

Half a decade is such a long time to go without a son, brother, a husband and a friend. More than that though, Matty was an influence. A few years my senior, I was of course in awe of him. This six foot wall of muscle (I still aspire to that...) with the charisma to charm any room he was placed in, and I mean any room; was captivating, but complex. What teenager wouldn't admire that monster? Like a little brother: I did. Seeing that bulldozing behemoth with a swollen, jaundiced, steroid head, skinny body and lumpy spine, not knowing who people were was terrifying. I blame Embassy No 1. I don't really. It's just life, innit, but that doesn't make it easier.

Matty was not faultless; he was wonderfully human, perfectly imperfect. I liked that more than holiness. As I grew I learned how to challenge him. Not physically, he'd have beaten me back into the womb. His knack of getting his kit off drunk quicker than Superman but to a room of bemused inebriates, his ability to talk his way out of any problem, his always answering the phone and being someone who I could talk to without any concerns or limits, I miss. More, his needing me, his vulnerability. To and fro. You've never had a friend like Matty.

He was the best social media pest, would have cornered the market if it weren't for that cunt cancer. Even through it, he persisted, "just a temporary embuggerance". Popping up to comment and harass, often hilariously, when you least wanted it. Matty made birthday cards hipsters would die for these days, they were brilliant. You'd be insulted by them, but you'd laugh, knowing there was truth in there. That and the image of Matty wetting himself making the frigging things.

I never had a big brother, Matty's family gave me three. And some sisters, no less valued. Though the only one who I could fight with, verbally spar, was Matt. He talked such utter shit, so well. I still hope to reach that level. I can't test myself against him anymore and for that I am deeply sad. Many people are scared of ghosts, but I saw Matt after his death. I was in the cinema and plain as day he stood before me, looking healthy, and smiled. Now, I know that was my epilepsy, my brain playing tricks on me, but I don't care. It was lovely. You want closure son, here you go.

Unfortunately grief metastasises, like the bully what bore it, malignantly growing between the living. It has grown in me, I know that for sure. Awfully, wickedly, it worked its way its way post mortem between those left behind who should share love. Grief is so powerful it can ruin what it should bind. Grief is something hard to move beyond, to accept, and unfortunately that is just our humanity, our flawed nature. Insidiously the cancer which caused the loss of a loved one can eek through in emotion, in our individual response, and bring down our unity.

We can fight those horrible remnants as a team. Five years is a long time to go without that character, that hilarious, bastion of boisterousness, that man who was all things to all people. It is a long time to fight, to disagree, too. Matty once proposed a penal system based (that night) on his ever shifting set of morals. He called it “The Matty School of Common Sense”. It was essentially the Gulags with him as Stalin. He didn't see any issue with that so we let him continue.

It seemed harsh when he said it. But more than half a decade on, that dead cunt had a point. Later, I kissed him on his bulbous, yellow head, as the cyclical breathing death throes took him to the sleep I have no doubt he wanted at that point, I told him I love him. I still do.

I love you all. 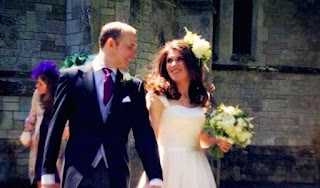