Apparently in my middle age* I’ve begun obsessively documenting everything like Kevin Spacey in Seven. I’m not a serial killer though. Yes I have the time for it (or else why would I be writing this), I just don’t have the inclination or nerve. I imagine driving round with three dead bodies in your boot is kind of nervy. Why three you ask? More fun than two. I imagine. With three bodies in the car though you better hope you paid the congestion charge.

Also I don’t drive, so those bodies would be hard to shift. Plus there’s the whole alibi thing. The practicalities of serial killing really are a pain in the arse. I imagine.

Where podcasts largely tell you about crime, documentaries are much more emotive.

True crime docs are diverse and differ in approach and style. Some are 90 minutes, some are 10 episodes. This list doesn’t exclude based on format, it is limited to what I’ve seen, liked and want to recommend- I’ve tried to mix the list up a bit. The word Netflix crops up a lot, and while I’m glad so much good content is available on the streaming site, I’m also slightly scared about its implications for the future. Change frightens me. Told you I was middle aged.

I didn’t really get the Making a Murderer thing. It was OK but no more than that. Also the one about the girl who got kidnapped twice by the same man (Abducted in Plain Sight) was grim and worse I found myself getting annoyed at the poor girl’s family who were naive to the point of idiocy.

This isn't definitive, more just recommendations which if you are hooked on true crime I suggest you check out. They’ll make you think, and they’ll probably make you cry. I cried during several. You better cry even if just to make me feel like I’m not alone. Ah what am I saying, we all die alone.

Do get back at me with what you think I should see. I consume true crime like oxygen.

There are three series of BBC's Life and Death Row, all on iPlayer, all of which vary their subject with skill. As the title holds, the focus is on the death penalty, but the range of approach to that violent denouement is brilliant. Like any decent crime documentary it’ll make you veer between righteous violence and sympathetic understanding.

Series three, The Mass Execution, ruined me. All of Life and Death Row will make you challenge yourself and that, in my opinion, is a sign of greatness. 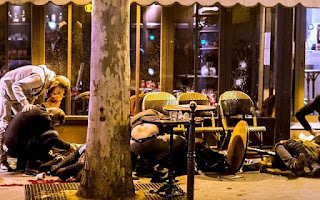 November 13: Attack on Paris is heartbreaking. So powerful I reviewed it on Bedsit Cinema which exclusively covers film. You’ll strip your face with tears. Worse, you’ll smell the blood.

The best and worst of humanity. A nun murdered, children abused and survivors not letting it go. Unsettling but a series you won’t want to stop watching until you have to.

Tower
Bedsit Cinema review
This incredible animated doc about Charles Whitman’s murderous endgame from Texas University tower in 1966 is both innovative and highly emotive. It should go without saying, but I’m going to because I want to- Charles Whitman was a prick. Documenting his murders via survivors, Tower is brilliant.

The Look of Silence

Genocide is a crime. It’s not a day to day crime, sure, but it is a crime. The Look of Silence follows Adi, as he talks to the perpetrators of the Indonesian genocide which took his brother’s life. A horrifying expose of the ease with which some people can brush life away.

Possibly the most shocking opening of a docu-series ever. After five minutes of Evil Genius I was spellbound. It is a conflagration of confusion and murderous criminality. I refuse to use its full title, because someone should have said to the makers that it is ridiculous. 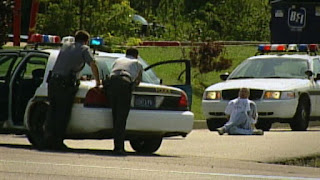 Have a read of the Bedsit Cinema review.

Did he, didn’t he? Grim but if it’s not true does it count as crime? What’s real? Where am I? How will I move those three bodies with no car?

Conversations With a Killer: The Ted Bundy Tapes - NETFLIX


Richard Kuklinski sadly lived much longer than he deserved to. The mass murderer who made money from his love of killing is an astonishingly honest interviewee. The Iceman Tapes are well worth a watch, but I warn you it isn't fun and unlike Ted Bundy there's no superficial charm. Kuklinski is a cunt and doesn't care about it.

I find this man far more interesting than Bundy's falsities.

Miami’s Mega Jail sticks in mind but the episode on sex offenders is unsettling in more ways than one. Theroux has much true crime and madness in his many series, they are all worth watch for both their content and the joy of watching a genius at work.


I know there's a lot of Netflix recommendations on here, but it is such an easy way to pile through true crime and there is a lot of crap on there, too. I'm here to help you. The boot is full, though. Cold Case Files features a different cold case each episode, and documents the solving of said case.

There are two series on Netflix both watchable, but the more recent one is easily the best. I did the lot in a day or two, and I like that the makers try to keep you on your toes a little bit.

I Am A Killer - NETFLIX

Engaging interviews with men convicted of killing which branch out to tell a wider and more oblique story. I Am A Killer is a documentarial page turner, no doubt, but Life and Death Row is its big daddy. Watch Life and Death Row first.

*I'm thirty five, seventy will be an achievement, trust me.