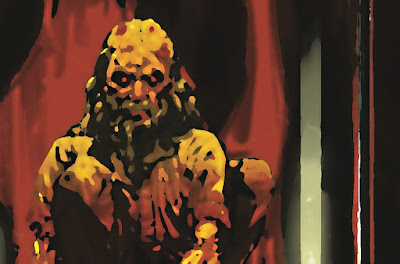 Please read the other posts from the Emergency Department

Eight days in Bay 13 of the Emergency Department. Frustrated, mad and upset at once. A mental health bed waved at me, a glimpse of the future. Titillation.

A bed in another Trust had been dangled like an eight day old carrot. A carrot another donkey had got to first; hoisted from my hooves and leaving me biting at air like an ass. It all made me feel as if I had to be wailing, shitting in my hands and clapping to get the help the hospital had repeatedly told me I needed. I was lower than I had been since about day two when I had begun to adhere to my captors. Bottoming out, sad and angry at the system. I am sure my face flared when told the bed was gone.

It occurs to me at this point how hard I have tried to avoid mentioning crying, both at the time and while writing this. Tears happen. Tears hurt. After more than a week of teasing and taking bad news I fought tears back with anger alone. I still do that, I hate crying. Writing The Bastard Noose through searing acid has been horrid at times, burning like pointless existential examination.

Given, however, that loudly crying, screaming, urinating on the floor and indecent exposure were unique selling points already snapped up by other ED patients (and also wonderfully ineffective at provoking the staff) I began to feel like I needed a catch. Something snappier than simply suicidal. My brother's girlfriend came up with the best one. Shout spoilers out for popular TV shows, they'd have to move me then, surely.

Bay 13 was tense. Entirely due to my being on edge, desperately wanting the unknown. Mum looked at me nervously. She wasn’t in any danger but one more tactless doctor was going to find out if I knew how to throw a left hook while weeping. Then the curtain twitched. A medical practitioner with some guile, who I’d probably have felt bad attempting to murder. He mumbled.

A private bed in another London Trust.

Private bed is an NHS way of saying the other Trust charges your Trust for your use of their bed. It is not a slightly swankier bed with wonderful food and an en suite bathroom. Put simply, this is cheaper and more importantly a better use of resources than stewing me in the ED while patients who actually need emergency care wait for a bed.

The Bastard Noose began with me asking you not to lose sight of the people around me. I have tried to keep showing them and recognising the humans behind the experiences they were part of. I was surrounded by nice people, love, care and crazy. They all completely evaporated when the bed was real. There was suddenly nobody but me, just ghosts floating past which I couldn’t comprehend. 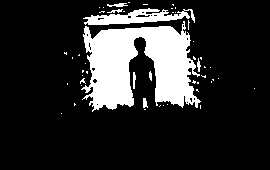 This is it son, you’re off. It sank in like leaving home for the first time. Ripped from reality.  A sudden loss which I hadn’t expected. What I’d wanted for days, this bed, was now just a transport away and it meant leaving Bay 13 and the nurses and the routine I’d grown accustomed to.

After eight days of stasis I was to be out ASAP. It was a good thing, what was best for me, but there was no sinking in time, barely an hour between confirmation and leaving. Dizzying. I tidied again, blinked in the burning light, tried to imagine what the room would be like in the ward. What the ward would be like with only other mental health inpatients. How I would deal with it. Intangibles.

My notes were checked and I was off. Bye. I didn’t see any nurses to wish well and thank, just whisked away- no family allowed.

The transport crew were big and stocky, understanding but single minded. Not doctors or nurses but candidly professional. I didn’t want professional, my mood had now dipped enough after the teasing of a bed, even in the safety of the ED. ED was my raft. A raft I thought I hated but was my only support. My fingers forced from it. Forced from something I'd rather not be clinging to.

I wanted to be let out for a cheeseburger, smoke and potential runner. Two of them, one of me. I can out run them. Can't outrun me.

The startlingly bright Emergency Department was suddenly shut off. 9pm outside- it was dark and Autumn. Nobody alongside but the transport staff and a vehicle not dissimilar to a police van. The busiest part of London felt completely lonely, empty. I was walked in and sat down with a guard opposite and a driver in the front. Locked doors, escorted.

Reality sank in. I’m alone, I don’t  know what is ahead. I don’t want to go, this is all a bit scary. It’s weird admitting that. I’d like to think of myself, to portray myself as rock solid. Unbent, unbowed. My jaw was clenched and I wanted a smoke, but it wasn’t allowed. Dimly lit, the van set off silently through nighttime London.

Falling through ice again, only this time into darkness.

The Bastard Noose: The Public, the Private & the Internal

"It's a facade, and it's exhaustive" Eminem ( Walk on Water ) Intro / Admission / The ED I'm aware this is another one from the ED, and is a bit of a wandering piece- but my more concise draft got deleted accidentally (by me) and I wanted to post during Mental Health Awareness Week. The Bastard Noose's first section was always meant to be a series set in the ED, a long form story told piecemeal, with one revelation intended for later being that the ED wasn't a stop gap. It wasn't the brief transition between crisis and care. I spent eight, interminable, odd, yet at times very loved days in that booth. Trying to recover or remain or whatever the hell I was there to do while daily being told about the awful bed situation for mental care was taxing, I won't lie. Eight days. That was supposed to be a reveal in a few posts, but it didn't feel right to keep dragging it out. Once I'd told the ED part of my tale, plan was t
Read more

The Bastard Noose The Mental Health Ward: First Impressions Click here for Part One of The Mental Health Ward: Informal Inpatient “But you don't [engage with mentally disturbed people], because they seem frightening and irritating, they seem dangerous a lot of the time… and you know if you make eye contact, all those problems in his head will be yours too.” Doug Stanhope Doug Stanhope’s words reverberated. I was shell shocked walking out into gen pop tired and without savvy. I didn’t know these humans and frankly, really frankly, I didn’t want to get to know them. The environment was a mystery and after my arrival under darkness these nut nuts , screaming and shouting were not people I wanted to befriend. I didn’t shout. I didn’t kick and scream, I shouldn’t have been there. I didn’t see myself as that ill by comparison. They all looked at me, the problems in their heads waiting to be mine too. My head is full, no room at the inn. ALL THE BASTARD NOOSE PO
Read more

The Bastard Noose: Settling Into the ward

The Bastard Noose Mental Health Ward A hiatus from The Bastard Noose was due to my feeling good and thus aware I was a self important prick imposing his moaning on you about things in the past. Also after a while I'd totally blasted the whole experience from my mind. Given where we're at, good thing Google didn't delete my memories, eh! I write The Bastard Noose to contemplate and examine but I always hope to have some happy come from it. Looking back at past posts I’m not entirely pleased with many of them and I wonder why I let it slop back and forth in my head only to throw shit out my fingers. Writing up my notes to force on you began to feel pointless. I worry it's a waste of my time (and yours).  But then if you never worry about anything you’re probably a prick. It is perhaps ironic that what I consider to be a relatively upbeat piece has come at the worst time I’ve had since going into hospital. My brain is wrongly wired and sadly my body listens to it. A y
Read more