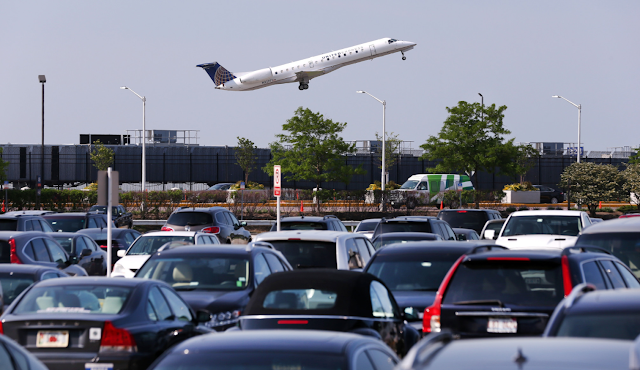 My notes say “I was anxious on entry. I wasn't scared, I was suicidal, what were they going to do, kill me?” This is me lying to myself, I was a bit of both anxious and scared. Although I didn’t fear for my life, I feared the unknown. My anxiety was about settling in. It didn't take long to, and now I was more comfortable I was taking a lot more of my environment in.

A nurse came into my room and forwardly asked “for a chat” to say they hadn’t checked my sexuality yet. Even in my confused state it seemed an odd move given no other nurses barged into rooms, apropos of nothing. Is this the norm, hours after all the fucking checks and questioning about minutiae of one's being, to come into people’s rooms to ask them whether they prefer front hole or back hole? It was also his only question and therefore his opener and closer. There was no foreplay, so to speak.

Even with my flat feet my sexuality is irrelevant and also the way he asked was creepy. I sheepishly said front hole, and looking back even if it was back hole (or a bit of both) I’d have given the same answer lest it encourage more visitations “for a chat”. It was a male nurse and further observation, well, let’s just say looking back with my now mind I’d have said something to senior people. Creep. With hindsight I worry where that talk went with other patients. I was so out of it I couldn’t even pick the guy out now.

It’s a cliché but smoking was a great way to make friends. Only a few trusted patients were allowed out unsupervised so it wasn’t a big crowd to deal with, and conversation was much easier. The big, shouty, schizophrenic J, fast became my closest mate. From what I could gain he was a formal patient who was close to leaving so given more leeway. Some days later he asked me if I had a gun so he could kill himself. My response was mate, if I had a gun I wouldn’t be here to lend it to you. He was in for a while longer than me, but I heard from him when he got out. Lovely bloke and I hope he is still well.

Staying with J, part of the reason the ward staff were so stringent on leaving the unit was that patients tend to fuck off and get pissed. J and the Saviour both came back rat-arsed separately and J was constantly on the lookout for a location for “nookie” with his wife. She declined the main hospital toilets among other rather desperate locations and I don’t blame her for doing so.

READ ALL THE OTHER THE BASTARD NOOSE PIECES HERE

Toilets were a constant battle on the ward. There were four shit receptacles and four times that amount of patients competing to use them. It has only occurred to me now that staff must have had a sanitary oasis hidden somewhere. It was brave to wee in our things let alone shag in them. Often blocked, unflushed and sporting ginormous turds, or occupied but with the latch undone so you walk in on the defecator. Sadly the attention seeking fecal freaks weren’t the issue. Hold the door, the hidden menace is about to ruin your alone time in advance with King Kong’s thumb hanging over the lid.

We had obligatory weekly ward meetings and K, a lovely bloke well on his way back to society after a prison spell, was particularly agitated by the bogs. I have no idea what shitters are like in prison, but I can only deduce that they weren’t as bad as in my ward given his weekly disgust. His exasperation at this was basically the only item ever raised with a passion. A once a week scatalogical sound off. We all nodded in agreement. At least one of us was lying.*

After a day’s grace from anything other than a nurse, most of whom I was warming to now except for the joyless Dave**, time came for the ward doctor. The one I’d got late at night on arrival was, for obvious reasons, not their A team.

Ah great, another doctor. Repeating my most horrible life experiences to an emotionless robot is always fun. I cannot emphasise enough how demoralising the process of being forced to describe every medical malfunction you have had within this pissing existence, along with how much you drink (nothing since the ED) and smoke (lots since the ED) and what you ate last Tuesday or whatever, is. It’s tedious, embarrassing and while I know it's necessary, not something I’d have fun subjecting the mentally unstable to ad nauseum.

My first consultation, on concentration, I was asked if I know why it's good to have magazines and books.

“Because they're shorter format. I'm depressed, not stupid.” I said.

“Yes, sorry. Next I'm going to teach you to suck eggs.”

Fortunately he didn’t rape me. I have no idea what “suck eggs” means but I was told to treat the ward like prison and I didn't know what the slang is. Sucking eggs sounds like tossing salad. I don’t want to toss anyone’s salad or suck their eggs.

My ennui evaporated when I walked out of the office, turned sour. in an instant. The doctor was apparently not loved by Hugh Jackman’s best mate, and this is where things went downhill fast. I was fond of the man (who I’ll from now on call HA- Hugh, Angelina) but due to his condition he could be, let's say, unpredictable. He’d been detained for fifteen months and was under supervision. When he was well he was grand. Peak times were directly after medication or when he’d had a cheeky spliff in the shower rooms. I have no idea how he was getting the stuff in, but fair play- he could be good fun.

This doctor was not HA’s best friend. I didn’t ask about whether he’d sucked eggs, but his beef was that he was convinced the doctor was trying to kill him. I had very quickly found out that delusions were common no matter how each person presented. I was taken back by how fervent their beliefs in whatever it was tormenting them so terribly were. HA’s rant ended thus.

To the nurses  “I'll burn this whole fucking place down with all you cunts in it!”

Nurses holding him back, calmly, “that would be silly"

HA, still at full volume, “Well obviously I wouldn't. But the threat remains!”

This rant kicked the whole ward off, J’s voices were screaming at him again- making him scream, the Saviour went into meltdown (with no singing) and even the withdrawn people ran to their rooms as best they could. Like car alarms in an airport, one monumental meltdown set most of my ward going. It was astonishing and a bit scary. Car alarms.

**I can’t remember if that’s his real name or not but it’s hardly enough to identify him by so, dear Dave, try a smile, you prick.